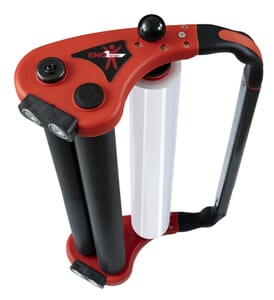 Dedicated and custom made 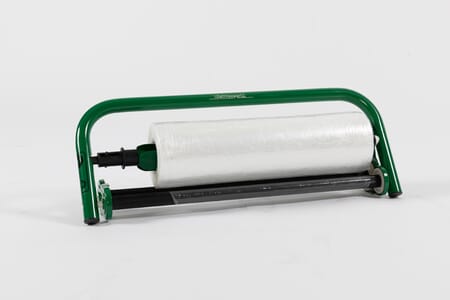 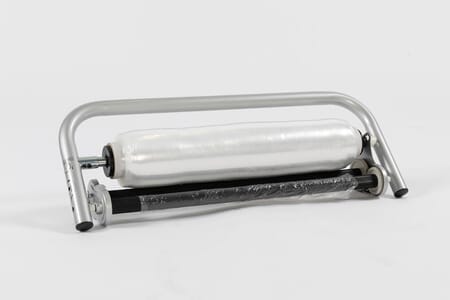 The  dispenser for prestretched hand stretch film on a paper core 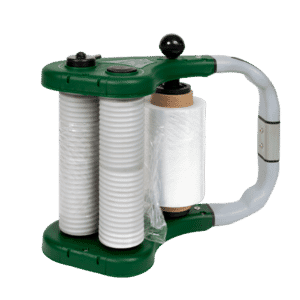 This cute little Wrapplicator® is designed for banding film.

Available for cored and coreless films 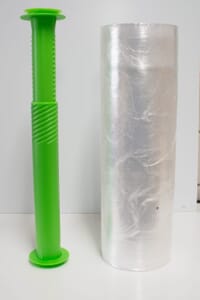 The rings allow the user to keep control over the tension he is applying.

Use coreless film till the very end with the BW 250

Can I use my own stretch film in a Wrapplicator®?

The Wrapplicator® is designed to get the best out of a designated high performance film. Only this combination will offer you a consistent load stability and an easy way of working.

I am an enduser. Where can I buy a Wrapplicator®?

The Wrapplicator® is part of a complete system of dispenser and designated film.
Our distributors are located in many countries and ready to offer you the new way of stabilizing your pallet loads.
Check here to find your nearest Wrapplicator® distributor

Size does not matter!

It sounds a bit weird, but our distributors really want to sell you less film.
Our planet deserves to be taken care of.
Our Wrapplicator® is designed to work with qualified thin high performance films.
These films offer the same or even better performance than the standard films of 17, 20 or 23 micron. (70-90 gauge).
Beside the consistent pre stretch that is applied by the Wrapplicator® and the unique spreading system of the film (instead of making the film less wide) your force to load (containment force to your load) will be at least double compared to conventional manual wrapping.

You rather buy 70% thinner film for a higher price per roll and wrap more pallets with less film.

Better for you, better for the environment.

How do we achieve ergonomic benefits with a Wrapplicator®?

The main reason is that you walk forward and do not need to bend.As the first in the world we investigated the ergonomic benefits of the Wrapplicator® system.

The results showed that with less than half of the physical strength (EAWS 13 versus 30) you will achieve double the force to load per rotation of film ( avg. 26N versus 11N).

Can i test a wrapplicator®?

The best way to convince you of the Wrapplicator® system is a test with your own pallets.
All our distributors are trained to demonstrate and train the users.
Ask your local distributor to  plan a demo on site.

Yes, the Wrapplicator® is patented in Europe, North America and China in 2015.

Only original Wrapplicators are sold through our distributors.

How can we become a distributor?

We will reply within 2 business days.

Yes, the LiteWrapper® is patented in Europe, North America and China in 2002